eDiscovery – Should You Use Auto-Delete? 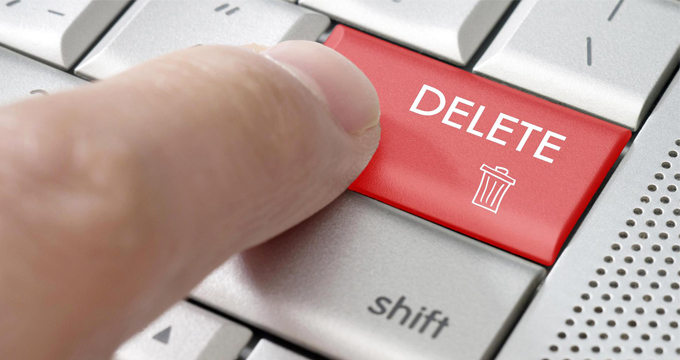 Have you ever heard of the “safe harbor” rule? It is the Federal Rule of Civil Procedure 37(f), which was adopted back in 2006. It says that “Absent exceptional circumstances, a court may not impose sanctions under these rules on a party for failing to provide electronically stored information lost as a result of the routine, good-faith operation of an electronic information system.” What does this mean for email archiving? Let’s take a look.

Your data is modified even without your knowledge

Let’s think about this logically. Every time we turn on our computers, we overwrite some data. The mere opening of files, without changing any data, can change the metadata of a file. For example, simply opening a Microsoft Access database changes the last modified data of the access file, despite the fact that no records were actually changed. How many times have you opened and closed documents without making any changes? The system still recognizes that the document was modified on that date. If the “safe harbor” legislation didn’t exist, an organization under litigation wouldn’t be able to conduct normal business while the court case is on.

Old emails should be purged, but only when they reach the end of the standard retention period. Click To Tweet

The “safe harbor” legislation could be open to interpretation, which is not always a good thing. In a 2007 case involving the Disability Rights Council of Greater Washington v. WMATA (Washington Metropolitan Area Transit Authority), an alarming fact was highlighted: auto-deletion of email isn’t covered by “safe harbor”. In this particular case, the defendant failed to turn off auto-delete on its email system. As a result, its emails were being modified throughout the period of litigation, which made the authorities extremely unhappy.

Remember that every email, just like any other kind of electronically stored information, is subject to document retention regulations and destruction policies. Old emails should be purged, but only when they reach the end of the standard retention period. Under no circumstances should that be done sooner. In some cases, it might be a better idea to disable auto-delete altogether. With Jatheon’s email archiving solution, these settings are child’s play.

To get detailed information about the benefits of email archiving, download our free ebook “Maximize Your Servers’ Efficiency with Email Archiving” by clicking on the image below.