The Case of Tyler Clementi 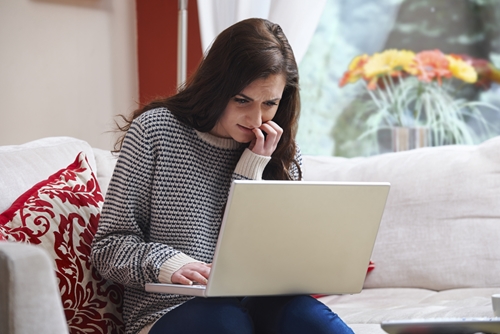 Bullying and harassment occur at all ages, but kids and teens are often the most vulnerable to such abuse – and more likely to instigate it as well. While teens and even younger children are often able to have mature interactions with adults, their still-developing mental pathways and sometimes surging hormones create conditions where bullying is more common than in the adult world.

Educators and school systems have a responsibility to protect students from bullying on school grounds or on school time, and many in the profession would want to shield their students from the efforts of bullies even if it wasn’t a requirement. Because bullying now has the potential to be a 24/7 problem that blurs the lines between personal and school time, educators and the institutions that employ them have to maintain constant vigilance. Bullying can happen inside classrooms, whether from school-owned computers or mobile devices used at lunch or between class periods. Just as educators have to break up in-person fights and efforts to humiliate their charges, they need to be aware of what happens on social media as well. Tools that archive social networking data on granular, searchable levels are crucial to an effective social media policy for schools.

The Tyler Clementi story
Tyler Clementi was a freshman at Princeton University in New Jersey in the fall of 2010, adjusting to the next step of his educational career and college life. Clementi asked his roommate for a night of privacy in late September, soon after the semester had started. What Tyler didn’t know was his roommate, Dharun Ravi, had a webcam with a view of most of their shared living space attached to his computer. Ravi activated that camera and, according to The New York Times, posted the following message on Twitter: “Roommate asked for the room till midnight. I went into molly’s room and turned on my webcam. I saw him making out with a dude. Yay.”

Ravi watched the stream and shared it with others. It was quickly a topic of conversation in the dormitory, and Ravi attempted the second stream two days later. Clementi committed suicide three days after that initial broadcast. As the Tyler Clementi foundation pointed out, Clementi had just recently started discussing his sexuality with close friends, and only found out about Ravi’s actions after seeing his roommate’s tweets. Clementi realized he was the topic of gossip and, from some, ridicule. The bullying wasn’t a traditional one-to-one or many-to-one assault on Clementi. However, it was severe and extremely harmful. The ridicule he faced on social media, along with the souring of a new and important social environment and the illegal invasion of his privacy, put an untimely end to a promising young life. A young man described as sweet and shy by friends and family, who was an accomplished musician excited to continue on that path at Princeton, was denied that chance because of bullying.

School boards and educators have to protect students in the new digital era
Combating cyberbullying isn’t as simple as breaking up a fight or counseling a student who has obviously been upset by something said in person. Social media can create conditions that drive students to drastic, tragic measures without the obvious warning signs. A modern approach to bullying, both in person and through the Internet, is crucial for protecting students and for complying with state and federal laws. Social media monitoring that can provide granular, searchable results is crucial to demystify the web of social networks that may be common to students but are often foreign to educators and school boards.

With the right tools and strong, comprehensive policies, school systems can better protect their charges and ultimately create safer environments for education and personal growth. Adolescents are often sensitive to bullying, sometimes with tragic consequences. The right approach on the part of school boards and individual institutions goes a long way toward protecting students in all aspects, be it a fight in the lunchroom or the spread of harmful rumors across the Internet. As social media continues to integrate itself into all levels of society, it’s imperative that educators understand how to manage student interaction with such networks.